Fildo for PC is an increasingly popular music streaming app that provides many interesting features and is free. Whether you want regular music playback or the ability to download music, the Fildo music app is an ideal choice. In this article, we will discuss how you can get the Fildo download and install it for PC & Mac.

How to Install Fildo on Windows 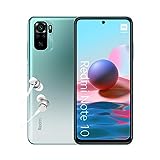 Before getting into the main details, it’s important to know there are several methods for downloading Fildo for Windows PC. However, you should be aware that the full application is only available on iOS and Android.

There is a native Windows application, but it is limited in what features it provides access to. In this guide, we will cover how to get the full mobile version of the Fildo music app on your PC. But, we will also cover the native Windows experience, which provides a lot of convenience.

If you are unfamiliar with the Fildo apk, it is an application that you can use to stream music from across genres. Importantly, the app allows high-quality playback from your favorite songs and artists. Easy to use and free, the Fildo apk download provides access to a huge collection of music and even full discographies. Fildo has become a very popular app and is available on Android and iOS.

However, you can also run Fildo for Windows, as well as Xbox game consoles. It is worth noting that on Windows and iOS, the app is instead called “Flite Radio” (Fildo + Lite = Flite).

The Fildo APK is a powerful music streaming application that is among the most feature-rich music tools currently available. Because of its quality user experience, Fildo music app has become a fantastic alternative to other music apps. Below are the features of Fildo as described in the Google Play Store:

How to Install Fildo on Windows

Fildo is among the most popular music streaming services and its userbase is increasing regularly. Importantly, the app is evolving and is becoming a go-to music solution on Windows PCs. Installing Fildo for PC is easy and can be done in three different ways.

Each of the methods for installing Fildo for PC has certain pros and cons. Before deciding which of the following paths to take, it is best to consider what you want the app to do. Do you want all the features and the ability to download music, or is a simple music streaming tool sufficient for you?

If you are running an older version of Windows, you won’t be able to download Flite Radio for your computer. So, if you want to access Fildo for PC you will need to look at another method. Equally, if you want the full power of Fildo, you’ll need to find a way of getting the full applications.

An easy way to do that is with an Android emulator such as BlueStacks.

If you are unfamiliar with Android emulators, they are third-party tools that allow you to run Android apps on your PC. BlueStacks is the most popular and powerful emulator and is notable for offering 6-times faster gaming performance.

However, there are other excellent emulators available, such as Nox App Players. We will cover both these emulators in this guide. Importantly, both BlueStacks and Nox allow you to run any Android app or game directly on your PC.

Follow the steps below to install Fildo for Windows using BlueStacks

Step 1: Open a browser on your PC and search for “BlueStacks Download” and click the official BlueStacks page.

Step 3: Wait for BlueStacks to download. Install the app from the .exe file on your PC.

The next phase of installing the Fildo music app on your PC using BlueStacks is downloading the app from the Google Play Store. Android emulators literally put an Android device on your PC, and BlueStacks presents the full Play Store, allowing you to access any app or game.

Step 6: Search for the Fildo. Locate the APK

BlueStacks will now install the Fildo download for PC. The app will be located on the BlueStacks app, which orders downloads like a desktop. Alternatively, a shortcut to the app will be placed on your regular Windows 10 desktop.

A great alternative to BlueStacks is Nox App Player, which is another popular Android emulator which you can also use on a Mac. Nox App Player is a popular emulator that is well-known because of how easy it is to use. Depending on your PC configuration, Nox may also be lighter on system resources than BlueStacks.

Here are the steps to downloading Fildo for PC using Nox:

Step 4: Like BlueStacks, Nox App Player displays a Google Play Store icon on its home page. Click on it.

Step 5: Search for Fildo in the Google Play Store.

Step 6: “Install” the app on your computer.

Perhaps the easiest way to get the Fildo download is to get the app directly from the Microsoft Store. This is the native application store for Microsoft’s ecosystem, available across PC, Xbox, and HoloLens. That said, there is one major caveat because Flite Radio does not have the full features of the Fildo apk.

Here we will cover how to get the Fildo apk download from the Microsoft Store. As mentioned earlier, this app is named “Flite Radio” (Fildo + Lite = Flite) and is the lite version of the app.

Step 1: Navigate on your Windows 10 PC to the Microsoft Store

Step 2: Search for “Flite Radio”. It will be located in the Store

Step 3: Now select the “Get” the app button

And that’s it. You now have Fildo for PC and can use the app on your computer. With the app, you can stream and download music directly on your Windows machine.

Note: Sadly, the version of Fildo (Flite) available through the Microsoft Store only allows music to be streamed. In other words, you’re not allowed to download music for offline listening. If you want to do this, you will need to use another method for downloading Fildo for PC. Check out those methods below.

How to Stream Music on Flite Radio App

As we noted, Flite Radio is not the same app as the full Fildo download experience. Because of its limited feature set, you cannot download music for offline listening. However, it is possible to stream music through the app.

Thanks to the intuitive UI on the Flite Radio app, streaming music is easy. As you can see in the image above, Flite Radio is a very basic app that presents a search bar on the top of its empty home screen. In this bar, you can search for artists, songs, and genres.

Once a search term is entered, the app will populate the results of playlists featuring your artist, song, or genre. When you select the song you want to listen to, a play/pause bar opens at the bottom of the app and the music starts streaming. If you minimize the Flite Radio app, a media player add-in will be available across Windows 10.

Your Now Ready to Use Fildo on Windows

And there you go, that’s it! You are now ready to use Fildo for PC. You can make the most of this fantastic app and enjoy amazing music on your Windows computer. Stream, download, and listen to all the music you want!

Q: What is Fildo?

A: Fildo is a powerful music streaming application that allows users to stream high-quality music and also download it.

Q: Is Fildo Different to Other Music Streaming Services?

A: Fildo is popular because it does not take up much storage space and it is completely free to use.

Q: How to Install Fildo for PC?

A: There are three methods for downloading Fildo on Windows. From the Microsoft Store, or through Android emulators Nox App Player and BlueStacks.

Q: How to Install Fildo for Mac?

A: You can install Fildo for Mac using an Android emulator like Nox App Player

Install V380s for PC on Windows-Mac

ABOUT US
Newspaper is your news, entertainment, music fashion website. We provide you with the latest breaking news and videos straight from the entertainment industry.
Contact us: [email protected]
FOLLOW US
© Newspaper WordPress Theme by TagDiv
MORE STORIES